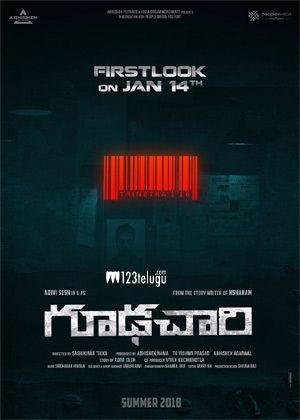 It’s well-known that actor-filmmaker Adivi Sesh’s next project is going to be a spy thriller titled Goodachari. According to the latest update from the makers, Goodachari’s first look poster will be unveiled on January 14th.

Telugu girl and Bollywood actress Sobhita Dhulipala will be making her Tollywood debut with this film. Interestingly, two directors, Rahul and Shashi, have directed this movie.