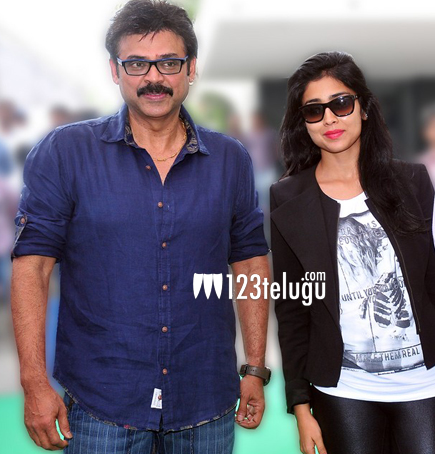 The Pawan Kalyan and Venkatesh starrer Gopala Gopala is progressing at a fast pace with about 90% of the shoot is already done. According to the latest update, the unit will now move to Vizag to shoot a special song on Venky. Shriya is playing the female lead in this film.

There is a lot of curiosity about Pawan Kalyan’s look in this movie, where he’ll be playing the God. Well, the good news is that the first look could be out anywhere in the last week of November. Gopala Gopala is the official remake of ‘Oh My God’ in Hindi which had Akshay Kumar and Paresh Rawal playing crucial roles.