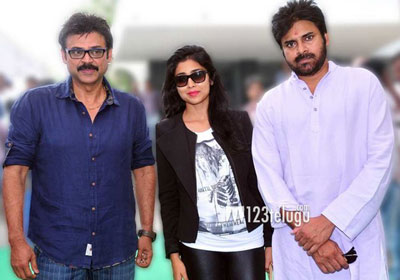 Power Star Pawan Kalyan and Victory Venkatesh are teaming up for the remake of ‘Oh My God’ and the film is titled ‘Gopala Gopala’. This movie is expected to be the solo Sankranthi release as of now, among big star projects.

The other film that was supposed to be in the race is NTR and Puri Jagan’s new film but this is now almost certainly going to miss the Sankranthi deadline. Shooting has not been going according to schedule because of various reasons and the final release date may be well after Sankranthi.

So, will Pawan Kalyan and Venkatesh have a clean field for Sankranthi? As of now, that looks to be the case.