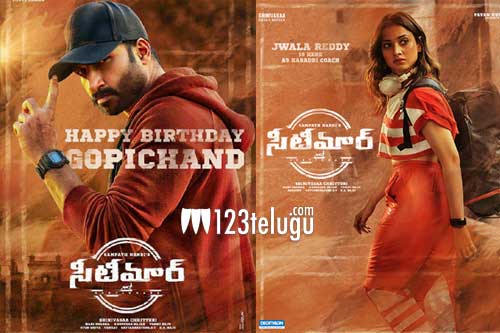 Gopichand and Tamannaah’s eagerly awaited sports drama, Seetimaarr, was supposed to hit screens in summer. However, the pandemic second wave had disrupted the film’s release plans. At one point, there were rumors that Seetimaarr will opt for a direct OTT release.

But the latest buzz in film circles reveals that Seetimaarr will be releasing on September 10, as a Vinayaka Chaturthi festive treat. Incidentally, Naga Chaitanya and Sai Pallavi’s Love Story is also eyeing the same date, and this will lead to a festive clash between the two movies.