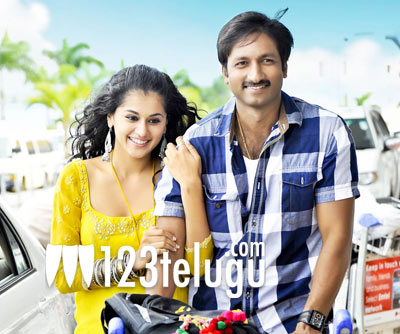 Gopichand and Tapsee have teamed up again for the action adventure film being directed by Chandrasekhar Yeleti. The pair was last seen together for Krishnavamsi’s ‘Mogudu’. The film will commence shooting from the last week of March.

BVSN Prasad is producing the film as part of a 3 film deal with Reliance Entertainment. The movie will be shot extensively in Jordan, Ladakh and Rajasthan and director Chandrasekhar Yeleti says that the story will be a gripping tale of a man’s quest for treasure. Music is being scored by Sri and the producer is aiming for a September release.