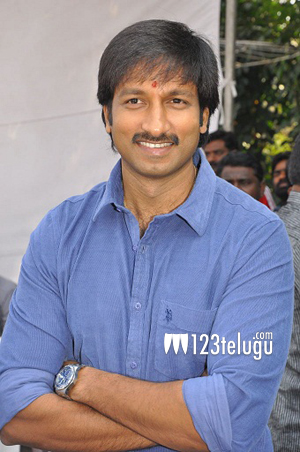 Mass action hero Gopichand is currently busy with the shooting of some action sequences. These scenes are going to be a part of his next movie and Srivas is directing the film. The movie is going to have Rakul Preet Singh as the heroine.

Right now, shooting is going on in Ramoji Film City near the Coffee Day area. Kamal Kannan is supervising the scenes. The movie is expected to release in the last part of 2014 and Anoop Rubens is composing the music.

Srivas and Gopichand worked together for ‘Lakshyam’ and this is their second film together.