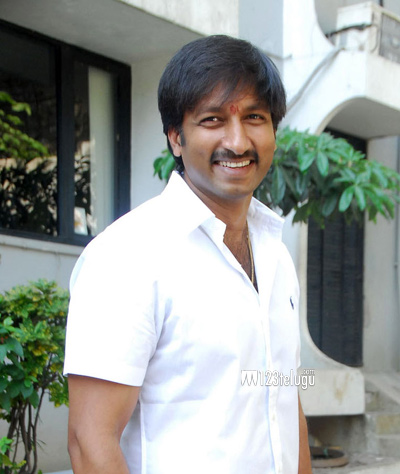 Hero Gopichand, who is on a high with the positive response received for ‘Sahasam’, is now concentrating on his future projects. He has managed to win the appreciation of viewers after quite sometime and he is looking to make the most of this development. As per the latest reports being heard in Filmnagar, Gopichand has hiked his remuneration considerably for his future projects.

This tall and macho actor will be working with B.Gopal and Deva Katta for his next projects. He is in discussions with a few other production houses for other projects and official announcements are expected over the next couple of months.

Chandrasekhar Yeleti is the director of ‘Sahasam’ and BVSN Prasad is the producer. The movie is doing well in A centers and USA.