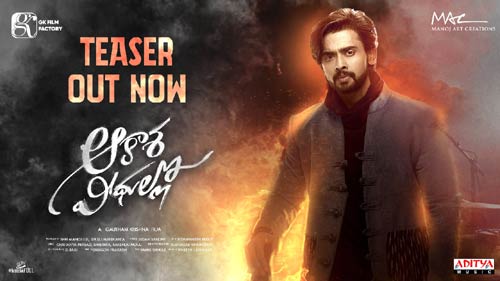 Commercial entertainers specialist Gopichand Malineni today launched the teaser for Gautham Krishna and Pujita Ponnada’s upcoming romantic entertainer, Aakasa Veedhullo. The teaser is stylish and action-packed and raises curiosity about the bold character of a youngster who failed in love, portrayed by debutant Gautham Krishna, who is also making his debut as a director.

Speaking at the teaser launch event, Gopichand Malineni said that he was quite impressed with the lavish making and the intensity in the teaser and wished the entire team ahead of the film’s release. Manoj J.D and Dr. D.J. Manikanta are jointly bankrolling the project under GK Film Factory, Manoj Art Creations banners. Judah Sandhy is the music composer.