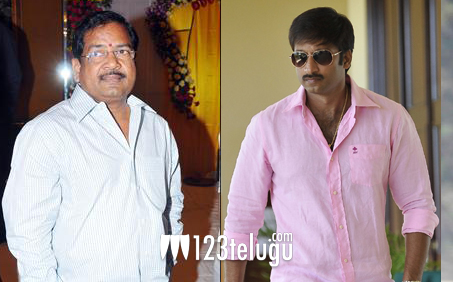 Hero Gopichand is teaming up with veteran director B.Gopal for a new action entertainer. The new movie is currently in script-work stage and a formal announcement is expected after the work is done. In the past, B.Gopal has directed some big blockbusters like ‘Samarasimha Reddy’, ‘Narasimha Naidu’ and ‘Indra’. His last film was ‘Maska’.

Gopichand is all set to hit the screens with ‘Sahasam’ next month. After this project, Gopichand will be working with Deva Katta and B.Gopal this year.

We will bring you more details about this project soon folks.