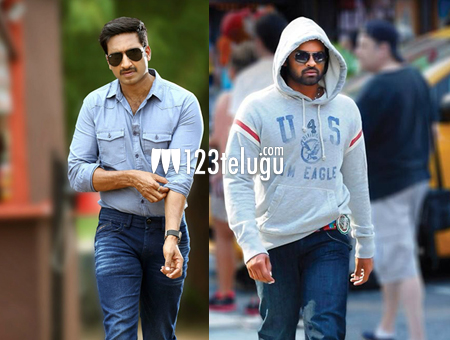 On many occasions we have seen our star heroes competing with one another to gain upper hand at the box office. Likewise, two big movies are set to clash on the same day at the end of this month.

Macho hero Gopichand is getting ready to offer some entertainment to the audience through his latest project titled ‘Jil’.Directed by debutante Radha Krishna Kumar, this movie is touted to be a stylish action entertainer.This movie has completed its shoot recently and will hit screens on 27th of this month. It was produced by U.V. Creations.

With both being big budgeted movies and starring big actors, this will be an interesting clash. We need to see who will win this fight at the box office.