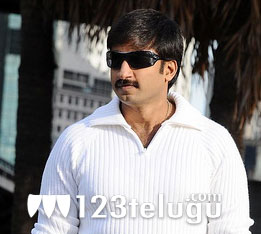 Macho Star Gopichand is going to be working with a debut director in his next movie, as the per the buzz in the industry. The movie is going to be produced by Arka Media, the production house owned by legendary director K.Raghavendra Rao’s family.

Satyanarayana will be the director of this movie and he has directed T.V. Serials for K.Raghavendra Rao earlier. It may be recalled that ace director S.S.Rajamouli was brought into the film industry in the same route by Raghavendra Rao.

The movie would be going to sets soon and a formal announcement with the full details will be out shortly. Gopichand had a disappointing outing with his last venture ‘Mogudu’.