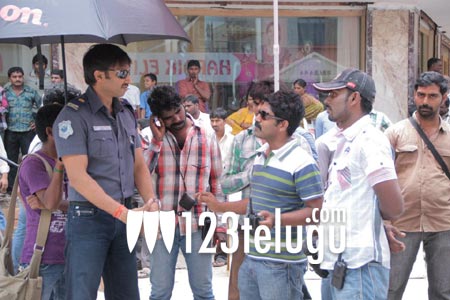 Macho man Gopichand is currently working for a film which falls into the action adventure genre. This movie is being directed by Chandrasekhar Yeleti and the film is in the final stages of shooting. The movie is currently being shot at the Belum caves in Kurnool District. Chandrasekhar Yeleti has always had a knack for making slightly experimental flicks and he is tackling the subject of a treasure hunt this time around.

Tapsee is the heroine of this movie and BVSN Prasad is the producer. Shamdat is handling cinematography. The movie is expected to have cutting edge special effects for the climax sequences and we may see a theatrical release in summer.