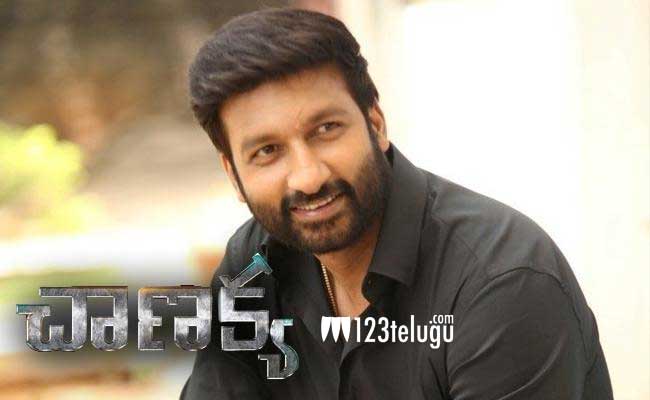 Chanakya, action hero Gopichand’s ongoing high budget spy thriller under Tamil director Thiru Subrahmanyam’s direction, has completed its shooting formalities. Currently, the dubbing and other post production works are underway in full swing.
As per the latest reports, Chanakya is slated for release in the month of September. However, the makers are yet to lock the film’s release date and an official announcement regarding this will be out soon. In the movie, Gopichand will be seen as a RAW agent. Gopi’s stylish look and the action sequences shot in Rajasthan will be the main highlights of the film.