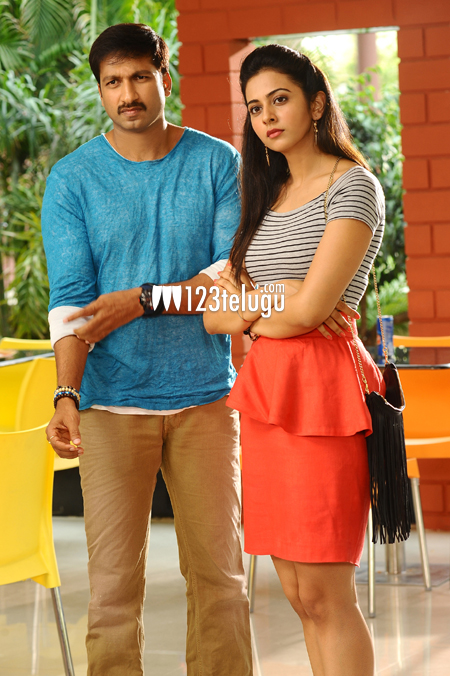 Action hero Gopichand’s next movie is going to hit the screens in September. This movie is an action entertainer and Srivas is directing it while Rakul Preet Singh will be seen as the actress of the film. Talkie part is going to be completed by the 11th and climax part will be shot till the end of the month.

After this, the unit will go abroad to shoot 3 songs, which will complete the shooting. Anoop Rubens is the music director for this movie. Kona Venkat and Gopi Mohan have given the screenplay and Sreedhar Sipana is the dialogue writer.

Bhaavya Creations banner, which is like Gopichand’s home banner, is making this movie with a big budget.