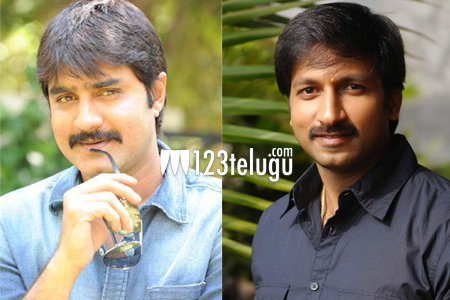 A few weeks ago, Srikanth scored a surprise hit with the film ‘Terror’. The movie came in as a sleeper hit , as practically no one expected the film to do well. Director Satish Kasetty did a wonderful job with the direction.

One person who must be kicking himself after the film’s release is hero Gopichand. It has emerged that Satish Kasetty first narrated this film to Gopichand and wanted him to be the hero.

Gopichand would have worked wonders for the film’s Box Office potential and he would have benefited from fine storytelling. All in all, Gopichand’s loss is Srikanth’s gain, as the film brought him back into the reckoning.