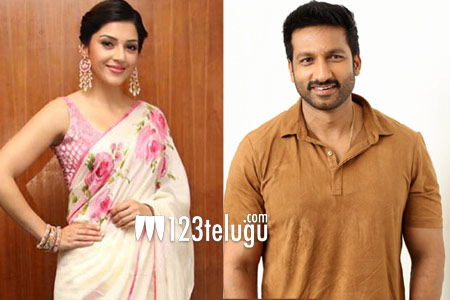 It’s been already reported that action hero Gopichand’s new film in debutant Chakri’s direction was launched with a formal puja ceremony a few weeks ago. The film has happening beauty Mehreen as the female lead.

The latest update is that the film’s regular shooting kick-started today in Hyderabad. Touted as a high-voltage action entertainer, the film is produced by KK Radhamohan under Sri Sathya Sai Arts banner.

Keep watching 123telugu.com for further details regarding this project.