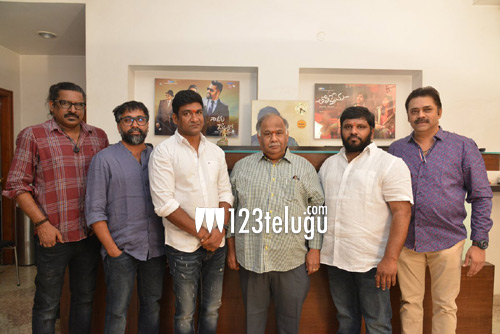 Action hero Gopichand is currently busy working on a spy thriller under debutant Thiru Subrahmanyam’s direction. And today, Gopichand’s new project, to be directed by yet another debutant Binu Subramanyam, had its formal launch in Hyderabad.

The Gopichand-Binu Subramanyam film will be produced with a high budget by Senior filmmaker BVSN Prasad who had earlier made Gopi’s Sahasam. The film’s regular shooting will kick-start from June, after Gopi wraps up his ongoing film. Details regarding the film’s genre and other cast and crew will be announced soon. Stay tuned for more updates.