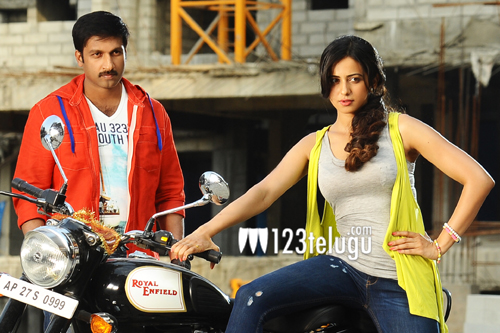 Action hero Gopichand, is all set to make his comeback with next film. Directed by Srivas, this film has been titled ‘Loukyam’.

Srivas earlier worked with Gopichand for ‘Lakshyam’ which was a decent hit at the box office. Except for the songs, shooting of this film is completed. A new schedule will begin in Paris from the 5th of August and a few songs will be shot during this schedule.

Rakul Preet Singh is paired opposite Gopichand in this family entertainer. Anoop Rubens is scoring music for this film which is slated to release in September.