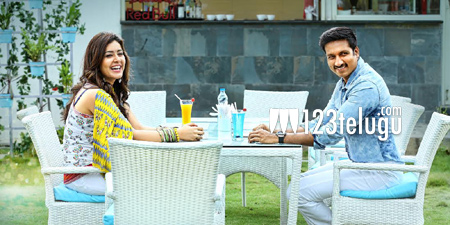 Handsome hero Gopichand, is making careful strides in his career. His last film, Loukyam was a runway hit with the masses and he is currently working under UV productions banner for his upcoming movie Jill.

Shooting of this film is almost complete except for three sogs which will be shot abroad. Radha Krishna Kumar is the director and Rashi Khanna plays the female lead. Ghibran is scoring the music and the makers are planning to release this film in March 2015.