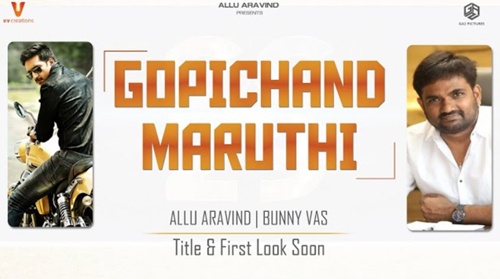 Finally, after several weeks long speculations, the official announcement regarding a film in the combination of action hero Gopichand and family entertainers specialist Maruthi has been made official this morning. The film is touted as a unique commercial entertainer.

A short announcement video has been released to reveal that the film’s title and first look will be out soon. While the film marks Gopichand’s 29th project, it is Maruthi’s 10th directorial venture. Noted production houses UV Creations and GA2 Movies will be bankrolling the project in Allu Aravind’s presentation. More details about the project will be revealed soon.