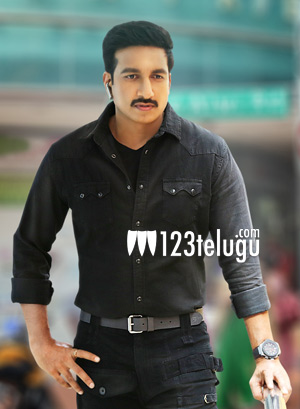 Action hero Gopichand’s high budget action entertainer, Oxygen, has been waiting for the right date to hit the screens. After missing out on a couple of release dates, Oxygen is finally set to release on October 12th​​
as a Diwali festive treat.

Oxygen stars young beauties Raashi Khanna and Anu Emmanuel as its leading ladies, while Jagapathi Babu will be seen in a crucial role. Oxygen is directed by AM Jothi Krishna, son of senior producer AM Ratnam, and produced by S Aishwarya under Sri Sai Raam Creations banner. Yuvan Shankar Raja has composed the film’s music.