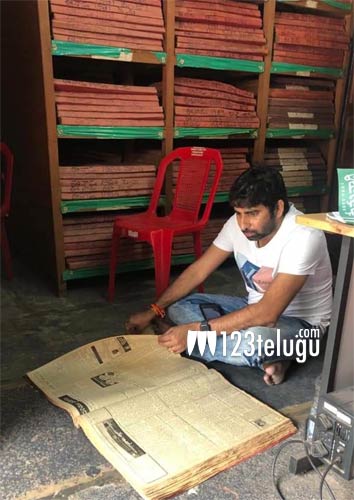 After delivering a massive hit with Krack, mass action entertainers specialist Gopichand Malineni will next be directing Nandamuri Balakrishna in a high budget entertainer. The film is currently into its pre-production and the director is giving finishing touches to the script.

Of late, Gopichand is camping in his hometown Ongole and is carrying out research at a 100 year old library in Vetapalem in Prakasam district. The above picture was clicked during one such research session in the library. Like Krack, even this film is based on real incidents that occurred several years ago.

Mythri Movie Makers banner is bankrolling this project. The film will be going on floors in June or July and an official announcement regarding the same will be out soon.