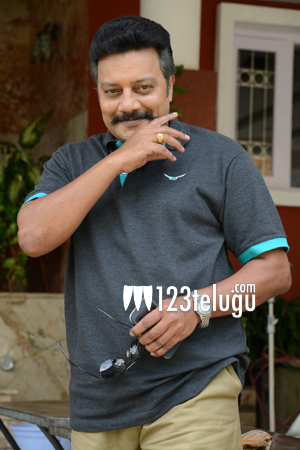 We have reported already that actor Aadi and his father and senior artiste Saikumar will be sharing screen space for the first time in Aadi’s upcoming family entertainer, Chuttalabbayi. Recently, the film’s audio album was launched and Saikumar expressed his feelings about acting with his son.

Saikumar said that acting with his son gave him a huge kick. The senior actor further said that Chuttalabbayi is a complete family entertainer. Directed by Veerabhadram Chowdary, Chuttalabbayi will be releasing on July 22. The film has Malayali actress Namitha Pramod as the heroine.