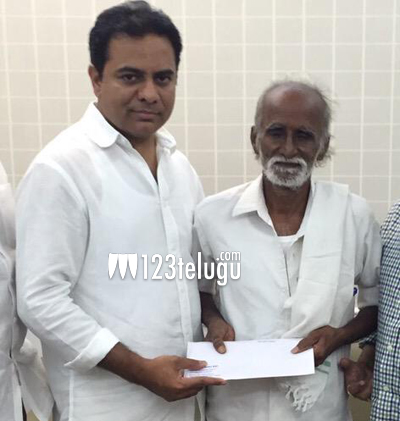 Siricilla Ramulu aka Nagaiah became a familiar name in Tollywood after appearing in the role of a poor handloom weaver in ‘Vedham’, which was directed by Krishh. He tugged the heartstrings of the audience with his performance in this role. But, his journey in the film industry didn’t last long as he was short of chances.

Hailing from Guntur, the poor artist was seen begging in the premises of Hyderabad from the past few days.His plight was a disheartening scene for the onlookers and many of them posted his situation on social networking sites and requested MAA and the government of Telangana to provide succour for this poor artist.