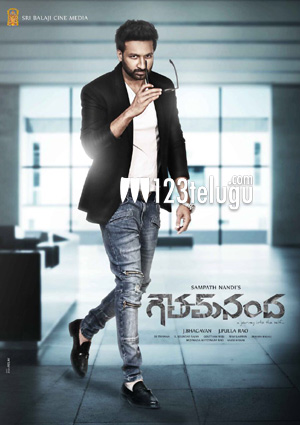 Being made with highest ever budget in Gopichand’s career, Gautham Nanda, directed by Sampath Nandi, is creating a lot of buzz in trade circles. This high-voltage action entertainer is striking record pre-release business in the twin Telugu states.

As per the latest updates from our sources, Gautham Nanda has been sold for a cool Rs. 4 crore in the Ceded area. Also, the overseas distributor has shelled out Rs. 1.50 crore to acquire the film’s rights.