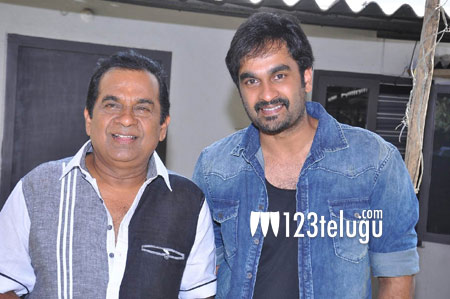 Comedy actor Brahmanandam is a star in his own right. He has appeared in hundreds of films and his popularity levels are on par with the following enjoyed by some heroes. In an Industry where ‘vaarasathvam’ is quite common, Brahmanandam has tried to introduce his son Gowtham as a hero a few years ago. Things did not work out.

Now Gowtham is all set for a second innings with the film ‘Basanthi’. He has changed his look and body language for the movie and with a director like Chaitanya Dantuluri at the helm, expectations are reasonably good.

Brahmanandam says that this is a movie which will change Gowtham’s career. During a recent media interaction, he had this to say. “Gowtham is my only asset. He will make me proud with this film and I am sure about that. Chaitanya Dantuluri is a talented director and he has handled this commercial entertainer very well”.

‘Basanthi’ is all set for a release on the 28th of this mont. The film is based on student politics and deals with issues like terrorism etc.