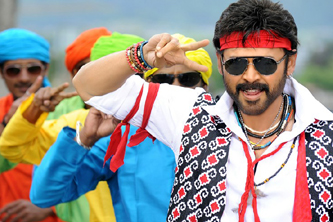 Victory Venkatesh’s ‘Shadow’ is getting ready for its grand audio launch tomorrow. The function will be held tomorrow evening at Shilpa Kala Vedika and the event will be a star studded affair. The film’s audio album has been composed by Thaman. Venkatesh will be seen with Tapsee in this movie and Meher Ramesh is the director.

Family hero Srikanth and Madhurima will be seen in key roles in this movie. ‘Shadow’ has been produced with a big budget by Paruchuri Kireeti. The movie has been shot extensively in Malaysia and other foreign locations.

Venkatesh will be seen with a rugged new look in this movie.