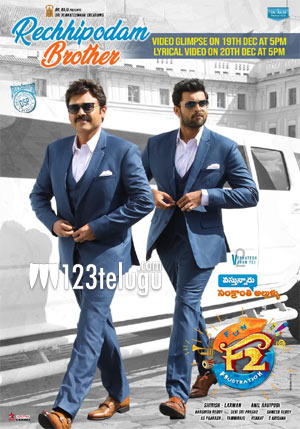 Even Dil Raju might not have imagined that F2 would become such a big blockbuster as it had severe competition from three other big films which released this Sankranthi.

But F2 has done wonders at the box office and is minting money in a big way. To celebrate the success, the team has arranged for a success meet in JRC Convention Hyderabad on the 18th of this month.

The entire team will be there to celebrate the success. Venkatesh and Varun Tej play key roles in this film which was directed by Anil Ravipudi.