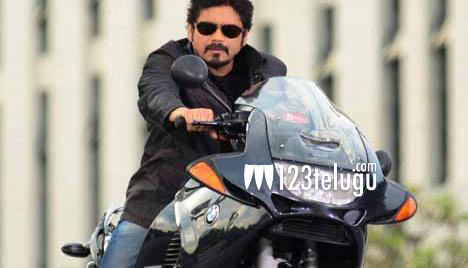 Nagarjuna, Nayanthara starrer Greekuveerudu is going to be dubbed in Tamil. The film’s Tamil version has been titled as ‘Love Story’ and if all goes well, it’ll also release simulataneously along with the Telugu version. Guru Brahma Films has bought the dubbing rights of Greekuveerudu and APK Rajaraja is taking care of the Tamil dubbing for the film. Nayanthara is a big star in Tamil Nadu and Nagarjuna is a noted actor, thanks to films like Payanam and Ratchagan.

The film’s audio has become a good hit and the songs have got good appreciation from all quarters. Dasarath has directed the film and D Sivaprasad Reddy has produced it under Kamakshi Movies banner. The film is currently in post production stage. Meera Chopra, M S Narayana and Brahmanandam have played important roles. Nagarjuna will be seen as an event manager who comes to India for the first time and how his life changes after he meets Nayanthara is the main theme of the film. S S Thaman has scored the music. The film will hit the screens on April 19.