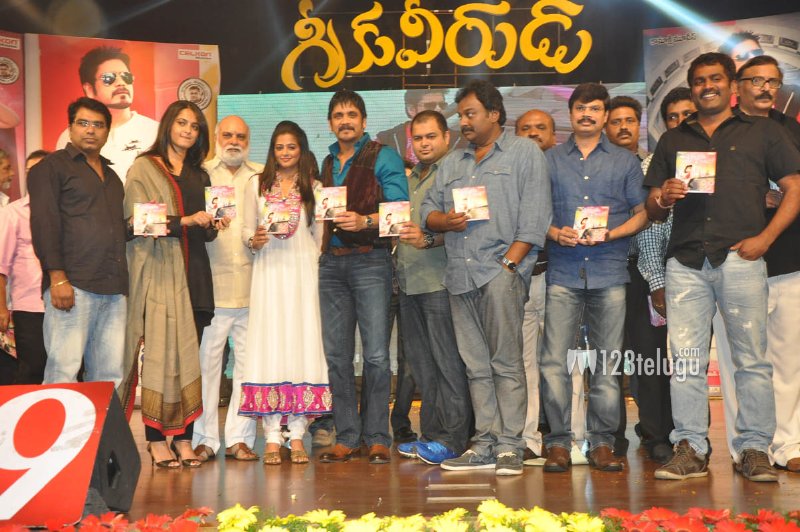 The film has been directed by K Dasaradh and it’s his second film with Nagarjuna after nearly 10 years. D Sivaprasad Reddy has produced the film. SP Balasubramaniam praised Thaman for his work over the past few years and added that he was quite surprised at how fast Thaman has grown in the industry. ANR, Nagarjuna thanked producer Sivaprasad Reddy for standing by their family and supporting them wholeheartedly. The event went well without any glitches and the response from the fans for the songs and Nagarjuna’s look was fantastic. The film also stars Nayanthara in lead role and Meera Chopra, Brahmanandam have played important roles. The film is likely to release on April 19.