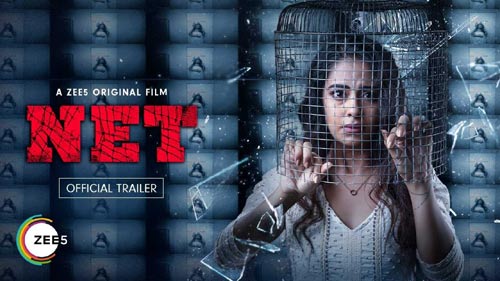 The trailer for talented young beauty Avika Gor and noted comedian Rahul Ramakrishna’s soon-to-release crime thriller, NET, was launched this afternoon. With the captions like “Your every action is watched,” and the gripping plotline, the trailer raises curiosity about the film which is slated for release on ZEE5 OTT platform on September 10.