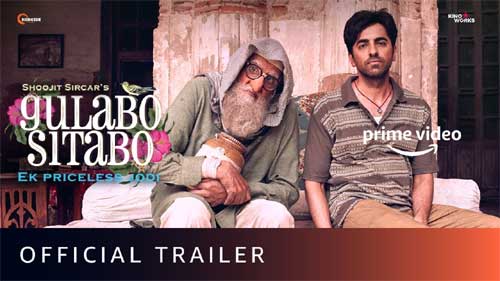 Ayushman Khuranna is one of the top stars in the country as of now and is doing some of the most unique films in the Hindi film industry.

Gulabo Sitabo is one such film and Ayushman has paired up with his Vicky Donor director Soojit Sircar. The film also has Amitabh Bachchan and will come directly on Amazon Prime on June 12th.

The trailer is out and the film is set in Lucknow. Ayushman plays a young man who is after a heritage mansion that is owned by a very old man played by Amitabh Bachchan.

The comedy angle, the banter between Ayushman and Big B, and an interesting story look adorable. We need to see how this film fares on the OTT platform.