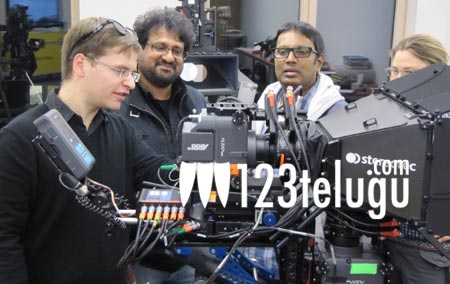 Gunasekhar has begun working seriously on his upcoming visual extravaganza Rudramadevi 3D. He’s currently in Munich, Germany for a test shoot of the film along with cinematographer Ajay Vincent and stereographer Florence Mayor. Talking about the reason behind his visit to Germany, Gunasekhar said, “Rudramadevi is going to India’s first historical film to be made on stereoscopic 3D format. We are going to use German 3D technology and a lot of renowned German technicians are going to work on the film. We want to set a high standards in terms of production and look of the film. That’s the reason why have preferred to use German 3D cameras.” Anushka is going to play the title role in the film. Ilayaraja is going to score the music and Thota Tharani is the art director. Gunasekhar has written the story and screenplay as well, apart from producing the film. This is the first film which Gunasekhar is going to work on after Varudu and looking at the scale on which he’s making the film, it will certainly be the most ambitious project in his career.