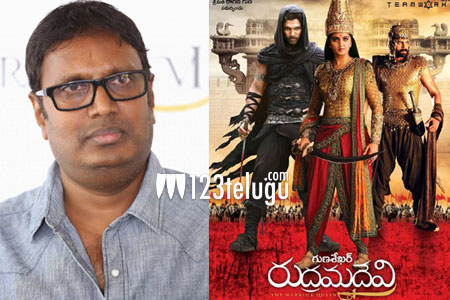 Gunasekhar’s most ambitious magnum opus, Rudramadevi 3D, has been in all sorts of news ever since its release dates kept on postponing. Recently, Gunasekhar confirmed that the film will release on 9th October. Even then, there have been several rumors about the film not being released in 3D format as planned and that the audiences will only get to watch the 2D version.

However, the producer-director denied these rumors yesterday and reiterated that Rudramadevi will indeed release in both 2D and 3D formats, as scheduled on 9th October. These many postponements and rumors only added to the craze for the film and expectations are quite high among fans of the film’s star cast, Anushka, Rana, Allu Arjun etc.