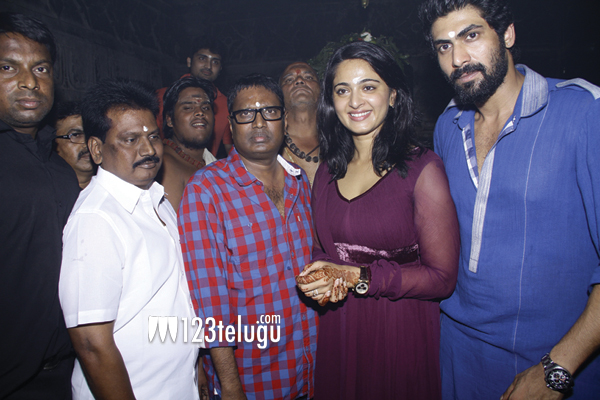 Gunasekhar’s fetish for lavish movie sets is well known. He makes it a point to come up with atleast one extravagant movie set for each of his films. But for the period film ‘Rudrama Devi 3D’, Gunasekhar is outdoing himself. He has been on a set building spree for this big budget production.

After a number of lavish and intricate sets, Gunasekhar has now readied an ‘anthahpura mandiram’ set at Annapurna 7 Acres complex. The song ‘Anthahpuram lo Andhala Chilaka’ is currently being shot on Anushka, Zara Shah and Nathalia Kaur in this set.

Gunasekhar is the director and producer of this movie. Ilayaraja is the music director and Thota Tharani is heading the art department. Anushka will be seen in the lead role in this big budget film and Rana Daggubati will be seen as a prince. This movie is being made with stereoscopic 3D technology.

Let us hope the lavish sets do what is necessary to turn around Gunasekhar’s career.