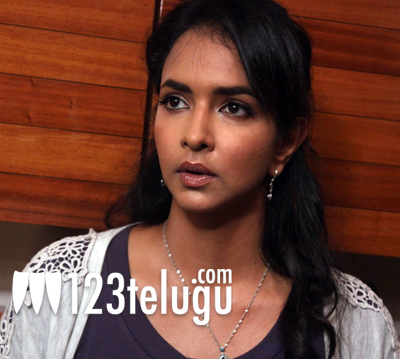 Of late, it has become a trend in Telugu film industry to simultaneously shoot for the Tamil version as well.Films like Eega, Endhukante Premanta and Uu Kodathara Ullikki Padathaara are being made in both Telugu and Tamil. Now, we hear that Lakshmi Manchu’s upcoming production Gundello Godaari is going to be made in Tamil as well. The film’s Tamil title has been confirmed as Maranthen Mannithen. Kumar Nagendra is directing the film and Aadhi Pinisetty, Lakshmi Manchu, Sundeep Kishan and Taapsee are playing lead roles. The film is being shot in Godavari region and it is a action love story set against the backdrop of the 1986 floods. Lakshmi Manchu is busy shuttling between Hyderabad, Chennai and Rajahmundry to manage the production as well as shoot her part in the film. Ilayaraja is composing the songs and currently Lakshmi Manchu is in Chennai to continue the music sittings for the film.