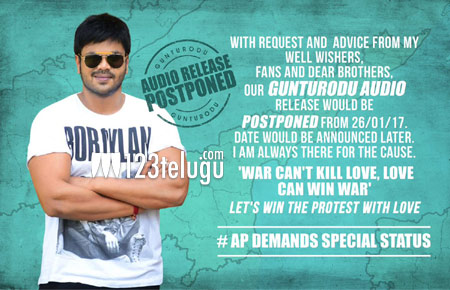 However, in a latest turn of events, Manoj took to his Twitter profile a while ago and tweeted a picture which said that the audio launch event has been postponed to an undisclosed date.

Manoj further revealed that they postponed the event upon receiving suggestions from his well wishers and fans.