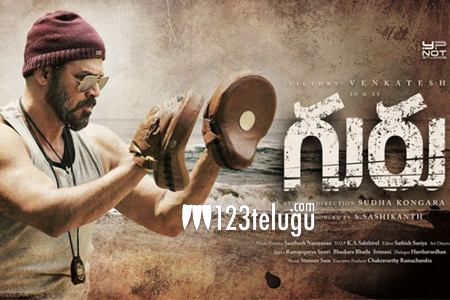 The Vizag schedule of Victory Venkatesh’s ‘Guru’ has been wrapped up. The movie was shot in the port city for a couple of days and important scenes were shot on Venkatesh and the other actors in various locations.

Sudha Kongara is the director of this movie and she is the person who also directed the original “Irudhu Suttru”, upon which this movie is based. Sashi is producing the film on YNot Studios banner.

The movie is expected to hit the screens in January 2017.