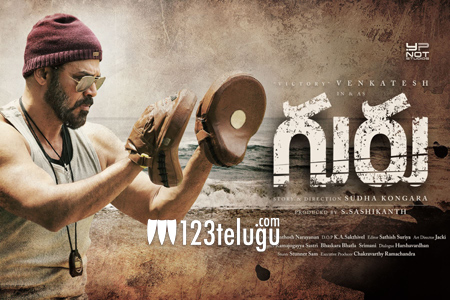 After being postponed for more than three months, Victory Venkatesh’s intense sports drama, Guru, is finally scheduled to hit the screens on April 7th. The film is an official remake of Madhavan’s Tamil-Hindi bilingual, Saala Khadoos.

Incidentally, even Mani’s forthcoming romantic entertainer, Cheliyaa, is releasing on April 7th, leaving both the guru and his disciple locking horns with each other. Some coincidence this is!