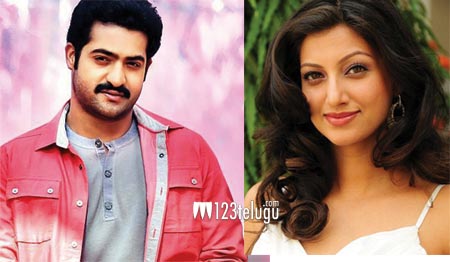 Glamorous actress Hamsa Nandini will be seen in a special song in Young Tiger NTR’s ‘Ramayya Vasthavayya’. This song is being shot at Annapurna Studios complex. This is the last song of the movie and shooting will be complete with this. Post production activities are already underway.

NTR and Samantha will be seen as the lead pair in this movie. Shruti Haasan is essaying a crucial role. ‘Ramayya Vasthavayya’ is being produced by Dil Raju and Harish Shankar is handling the direction.

NTR and Harish Shankar are very confident about the movie and there are high expectations on the project. The movie was originally scheduled for release on September 27th, but due to the ongoing political agitation in the state, the date will most probably change. An official confirmation might come soon.