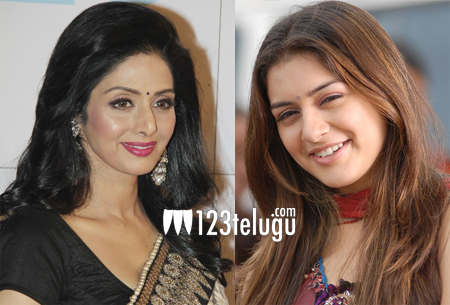 123telugu had already reported that Sridevi has started shooting for her comeback Tamil film in Chennai. She will be playing Hansika’s mother in the film and has swept away the young actress with her gratitude.

According to the unit sources, Hansika is in complete awe of Sridevi for her down to earth attitude and sheer acting talent. This film also stars Vijay and Sudeep in other prominent roles. Directed by Chimbu Devan, this is a socio fantasy flick with a mammoth budget of nearly 150 crores.