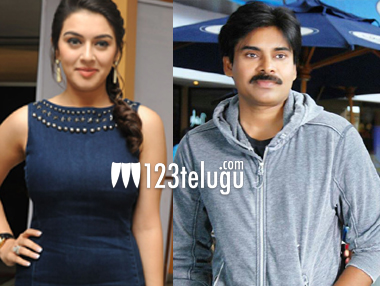 Ravishing beauty Hansika is terribly upset. The actress is not happy seeing herself embroiled in an unwanted controversy. Recently, a media house published Hansika’s interview in which the actress said that there is no need for anyone to enter politics to serve people. Hansika went on to say that she too is extensively involved in charity work and noble causes without even entering politics.

The interview kicked off a storm and in no time, many similarities were drawn comparing her comments with none other than Powerstar Pawan Kalyan’s political entry and his initiatives towards social work.

Putting an end to all the comments being being attributed to her, Hansika took to Twitter and said, “Well few articles say I have commented on Pawan Kalyan sir . Let me make it clear I haven’t given any interview mentioning sir.. rest is all cooked up !! I respect him immensely and I’m a fan of his work . I request all the others to stop with this vague rumour” (sic).

Let us hope that the controversy ends here, at least after listening to Hansika’s clarification.