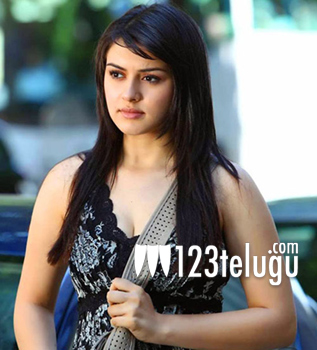 Hansika has denied rumours that she’s dating one of her co-stars. For the past few months, Kollywood is abuzz with rumours that Hansika is in love with one of the top actors in Tamil and it has been widely reported in several newspapers and magazines based in Tamil Nadu. Now, Hansika has clarified that all these reports are just rumours and also added that she’s not in love with anyone.

“Been hearing a lot of news about my link up .. All I can do it laugh it off. Because I love reading stuff about me which I myself dnt know. Bt stil let me clear the air.There is no truth 2any rumors,wen Im in love I wil openly tel d media.Please stop the fake rumors as I request. I understand its a Part n parcel of celebrity life bt stil dnt wana gve my fans ny wrng information:)n I knw my media family wil support me,” Hansika posted on Twitter. She recently returned to India after a long shoot in Japan of her upcoming film Something…Something. Apart from this film, she’ll also be seen in Singham 2, Vaalu, Vettai Mannan, Biriyani and the untitled multi-starrer film which has Mohan Babu, Vishnu, Manoj in lead roles.