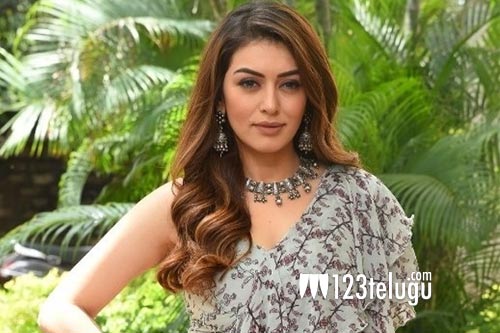 Noted South heroine, Hansika Motwani is awaiting the release of her 50th film, Maha. On the other hand, from the past few days, news has been circulating that Hansika is seeing a Chennai based businessman and will be marrying him soon.

Responding to the rumors, Hansika denied the news as a baseless speculated one in an interaction with a Tamil web media.

She also clarified that marriage is not on cards for her anytime soon. We need to see which lucky guy gets to marry Hansika.