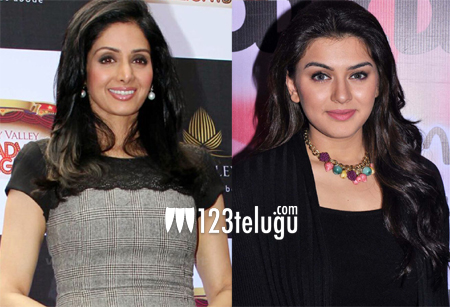 It is known that superstar Sridevi is currently making her comeback to Tamil films with Puli. Shooting of this film is going on a brisk pace and popular actress, Hansika Motwani plays the female lead in the film. According to the latest reports, Hansika had a hard time with her lines in a scene which also featured Sridevi.

The whole unit including Sridevi was patiently waiting for Hansika to get her act right. After a series of takes, Hansika finally got her dialogues right much to the relief of the entire crew. Sridevi was a thorough professional and helped Hansika to finish her part. Sridevi plays the role of Hansika’s mom in this film which also has superstar Vijay as the main lead.