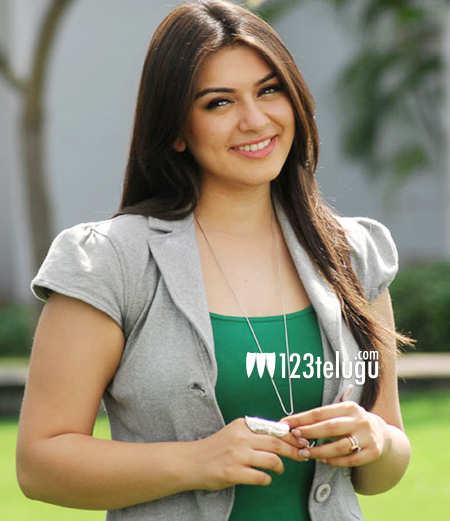 Glamorous actress Hansika is a popular star down south. She is now busy with several plum offers in Tamil. Currently, her latest socio-fantasy film ‘Puli’ starring Tamil superstar Vijay, Shruti Haasan and Sridevi is underway. As per the latest buzz, Hansika has been undergoing training in sword fighting under the supervision of experts from Hong Kong.

In an interview given to a news daily, Hansika said that she is quite excited about learning how to wield the sword and that she sustained minor bruises after the first training session was completed. The film’s director Chimbu Deven will start shooting the action sequences involving Hansika soon after the actress attains some expertise.