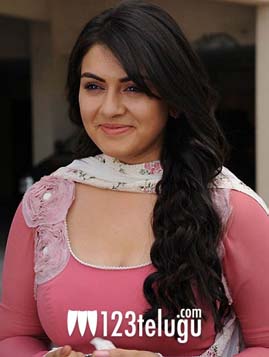 Hansika who had a dream debut with ‘Desa Mudhuru’ is one of the busiest heroines down south and is currently working on multiple projects in Telugu and Tamil.

She is presently shooting for a Tami movie titled ‘Aaranmanai’ in Hyderabad. Since last month, Hansika has been suffering from Viral fever, cold and cough and being a thorough professional, she has been shooting despite her bad health.She has finally recovered and is healthy right now. She will be seen as one of the heroines in the Manchu family multi starrer movie and is also going to act opposite Ravi Teja in his next film.

Hansika’s dairy is full for this year and is going to spend the rest of the year shooting for her various films in different languages.