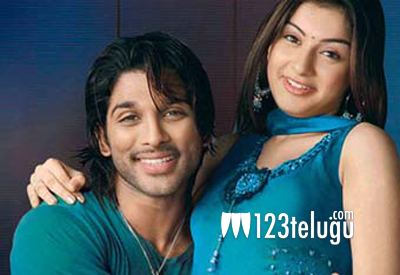 The most happening and bubbly actress Hansika Motwani bagged the golden chance of acting opposite Allu Arjun in her debut film Desamuduru and made her own unique mark in Tollywood with her adorable looks and stylish presence. However, as per the latest reports, she is all set to romance Allu Arjun yet again.

It is already a known fact that Bunny will be doing a film under the direction of Boyapati Sreenu. As per the reliable sources, the makers have approached Haniska to play the female lead in this romantic entertainer.

However, an official confirmation about the same is yet to be received from the makers. It will be a real-eye feast to the audience to catch the glimpse of this happening pair yet again in this highly-anticipated flick.

Currently, pre-production is going on in full swing and the regular shooting of this untitled project will kick start soon. S S Thaman scores music and Geetha Arts will be producing this flick.