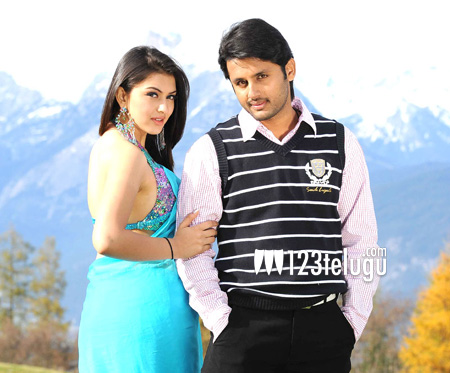 Nithin who is in his career best phase with two back to back hits is currently busy with two of his projects Courier Boy Kalyan and Heart Attack. He is now getting ready to act in another film in the direction of Karunakaran and will be produced under Nithin’s home banner Sresht Movies. According to the sources in all probability Hansika will be the leading lady opposite Nithin. It can be noted that they have earlier acted together in Seetharamulu Kalyanam Lanka Lo. More details on the project will be updated soon.

Hansika has been quite choosy on her films in Tollywood but now she seems to have paced up a bit. She is currently working in a film opposite Vishnu and has also agreed to be a part of the film which has NagaChaitanya in the lead role.