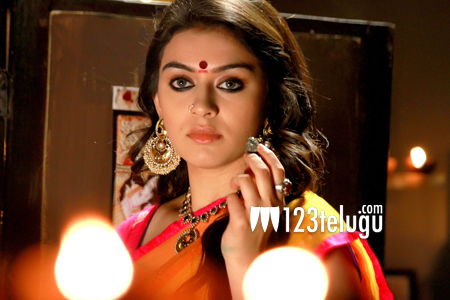 Multi starrers are in vogue these days and some directors are managing to knit together crazy combinations which were never thought about before. Aranmanai is that kind of a multi starrer but with a twist. 3 big heroines like Hansika, Raai Lakshmi and Andreah have come together for this horror comedy and had managed to get the cash registers ringing when it was released in Tamil.

The latest update is that this movie is now being dubbed into Telugu as “Chandrakala” and would be out in the theaters soon.
C.Sundar, who earlier directed Something Something with Sidharth and Hansika is the director of this movie too. The director himself stars in the film along with Santhanam, Kovai Sarala and Manobala among others.